Right now, the aircraft maker is carrying out planned work on the production of prototypes of the S-70 stealth drone within the framework of the Okhotnik program.

“We hope that by 2022 the work will be completed and we will be able to sign, as is now customary in the Armed Forces, a large long-term contract for drones,” the Russian Defense Minister said at the meeting after the inspection. “This is necessary so that the industry knows how to build its plans for the next ten years so that it can order and complete with materials and other types of ensuring.” 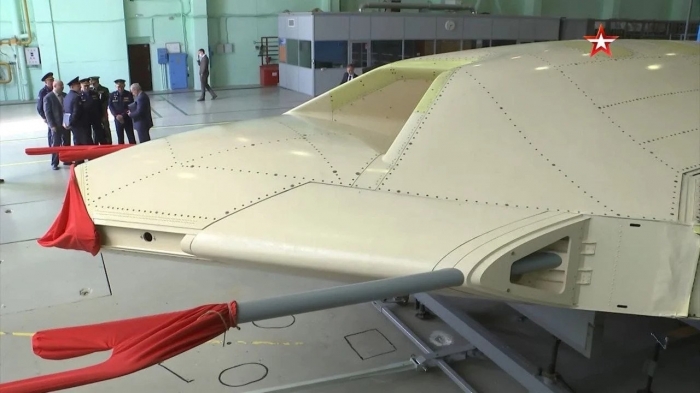 The S-70 Okhotnik developed by the Sukhoi Design Bureau features stealth technology and the flying wing design (it lacks the tail), which reduces its radar signature. According to the data of open sources, the drone has a take-off weight of 20 tonnes and can develop a speed of around 1,000 km/h.

The Okhotnik heavy attack drone performed its debut flight on August 3, 2019. The flight lasted over 20 minutes under an operator’s control. On September 27, 2019, the Okhotnik performed a flight together with a Su-57 fifth-generation fighter jet. The drone maneuvered in the air in the automated mode at an altitude of around 1,600 meters, and its flight lasted over 30 minutes.