Organized by the Chinese Institute of Command and Control, the 9th China Conference on Command and Control and the 7th China Military Intelligent Technology Expo kicked off in Beijing on July 5 and will last until July 7. The event aims to accelerate the Chinese military's "intelligentization" development, enhancing its joint and all-field combat capability based on a system of network and information and boosting its integrated development of mechanization, informatization and "intelligentization", the institute told the Global Times at the event.

Developed by Beijing North Vehicle Group Corporation under the state-owned China North Industries Group Corporation, the Pathbreaker unmanned ground vehicle weighs 1.2 tons, runs at a top speed of 30 km/h, and is equipped with an armed reconnaissance system that allows it to conduct reconnaissance, fire support, patrol, search and destroy operations, as well as strike guidance in complicated terrain at high mobility.

It can be remotely controlled, or automatically follow combat personnel and independently avoid obstacles, an employee at the booth told the Global Times, noting that more advanced types of land robots similar to the Pathbreaker are being developed and will hopefully join the Chinese military service in the future. 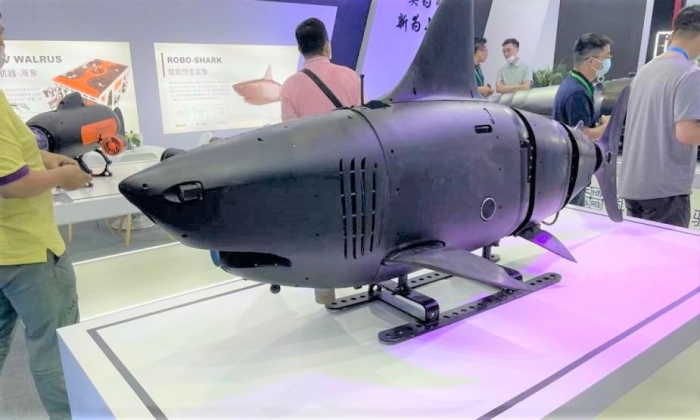 Dubbed the Robo-Shark, the underwater robot that looks just like a small shark independently developed by Beijing-based Boya Gongdao Robot Technology features low noise, long-endurance, fast speed and high flexibility. Replacing the traditional propeller, the Robo-Shark's power source is the bionic tailfin, which can give it a top speed of 6 knots. 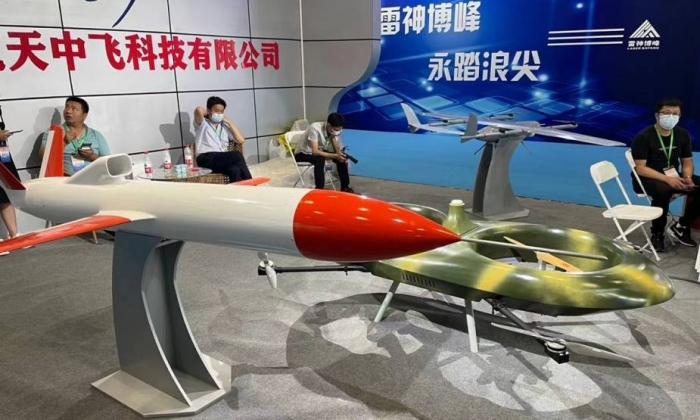 Beijing Aerospace Zhongfei Technology brought different drones to the expo, including target drones that are not only used in training exercises but also in real combat as decoys, and vertical takeoff and landing drones for reconnaissance and patrol missions.
Strategyvision.org